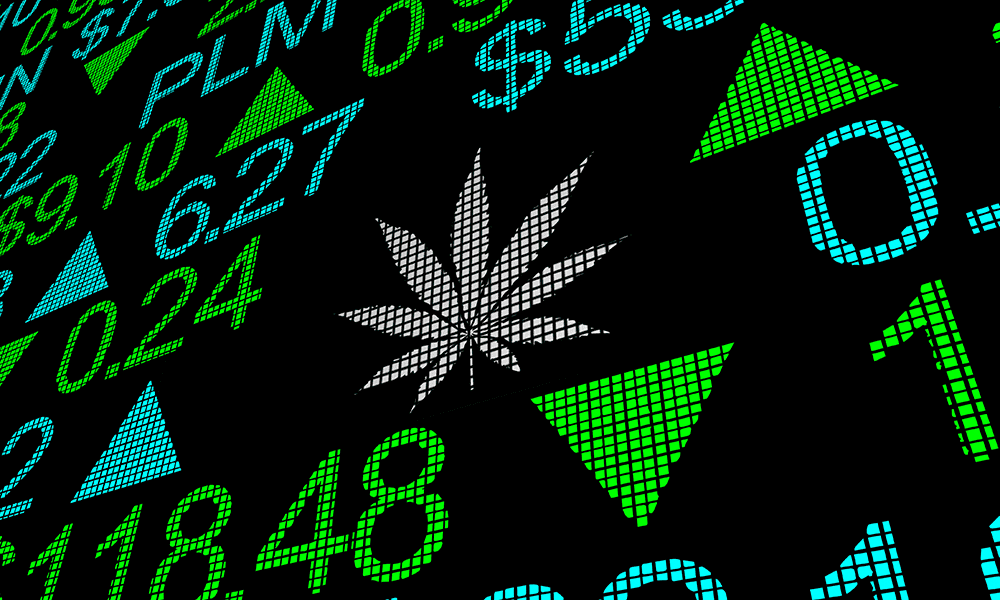 The legalization status of cannabis in the United States remains a hotly debated federal topic. The Farm Bill of 2018 provided legalization of hemp and cannabidiol derived from hemp. Additionally, most states have legalized marijuana for either medical or recreational use or both. However, at this time, it is still illegal at the federal level. This lack of cohesive legalization has dramatically complicated financial and legal environments for Cannabis companies operating under state laws.

Despite a Democrat-controlled House of Representatives under a new democratic administration, inclusive federal legalization such as that of the Marijuana Opportunity Reinvestment and Expungement (MORE) Act is still unlikely at this time. That delay, though, might prove to be a positive aspect for cannabis insurance, which is more likely, in the short term, to benefit from the Secure and Fair Enforcement Banking Act (SAFE) than an encompassing legalization bill.

Congress is more likely to pass the SAFE Banking Act this year than any broad legalization bill for Cannabis.

The SAFE banking act will create a safe harbor for insurance companies and financial institutions. Thus, minimizing the liability of being subjected to federal forfeiture action for providing financial services to cannabis-related businesses.

Though the removal of Cannabis from the current CSA would have a significant long-term impact by allowing for industry growth at the same rate as other regulated markets, business owners should expect a tumultuous period of transition.

Once passed, the SAFE Banking Act will meaningfully impact factors that have prevented many commercial insurance carriers – especially those traded publicly – from underwriting Cannabis D&O, among other liability policies. This will significantly benefit cannabis businesses by providing lower premiums and deductibles, more competition amongst insurers, more choices of specialty coverages, higher limits, and security from a faltering reinsurance market.

All industries utilize insurance as a risk management solution, and the cannabis-related sector is no exception. As a developing industry founded around a federally illegal substance, the cannabis business is precariously risky.

Emerging companies face navigating uneven, evolving regulations within a legal climate that seems to change daily. Potential exposures faced by Cannabis companies include claims from customers, investors, competitors, vendors, and others for misrepresentation, mismanagement, misappropriation, unfair competition, and breach of trade secrets. Whether public or private, these are risks relevant to every company.

Regulator actions, investor and shareholder disputes, and securities litigations pertinent to industrialized Cannabis have increased in an atmosphere of challenging market volatility and regulatory compliance.

Insurance experts project that class action lawsuits relative to Cannabis business operations will continue to rise. California initially legalized marijuana for medical use in 1996. Since then, insurance companies have been modifying their products to meet the needs of this growing industry.

A stereotype of instability associated with marijuana has resulted in many carriers only offering basic coverages, such as property liability, general liability, and product liability. However, additional insurance products are continually in development, including:

D&O insurance is essential for board members and executives in any industry.

You can expect even more regulatory exposure if your Cannabis company is going public. Initial Public offerings have to deal with the US Securities and Exchange Commission. A considerable effect of having more stakeholders in public companies is that they will often encounter higher claims activity. In addition, executives who speak too optimistically about their cannabis IPOs’ prospects can be accused of misleading shareholders.

All exchange-listed publicly traded companies are prohibited from making misleading or false statements; omitting information concerning the sale of securities is also illegal. As a result, cannabis companies are experiencing far more frequent and more costly securities lawsuits related to allegations of this nature.

Some class actions filed by shareholders are prompted by revenues falling short of proposed expectations.

The cannabis market is experiencing a growth spurt both in the United States and globally. US sales have been recently forecast to reach $41.3 billion within the next five years and a compounded growth rate annually of more than 5 percent. In addition, a surge in shareholder cases remains a reasonable expectation due to the recent increase in unexplored deals and the continued consolidation of the cannabis market.

Whether or not a lawsuit filed against your company is successful, the defense expenses can be high. On the other hand, if a case is successful, you could be facing settlements in the multi-million-dollar range. Aside from the company at risk, your assets could also be at risk if you are a named executive.

D&O insurance for cannabis companies is the insurance solution that protects from this exposure possibility.

Cannabis companies find themselves challenged with warding off potentially expensive lawsuits brought against their directors or officers while equipped with inadequate insurance policies to respond to those suits. This dynamic has created a vicious cycle.

Though marijuana’s Schedule 1 classification under the Controlled Substances Act (CSA) does continue to complicate the industry with unique legal and business hurdles, most lawsuits affecting companies and managers are not related to federal illegality.

Below, we will review the coverage provided by D&O policies, address lawsuit sources and discuss how legalization and trending future federal changes may impact exposures for Cannabis D&Os.

Liability coverage provided to each director and officer is Side – A. An insurance company agrees to restore (indemnify) each individual director or officer for any losses they become obligated, legally, to pay. An example of this would be allegations arising from wrongful acts perpetrated while acting in their role as officers or directors.

Side – A is coverage that usually reimburses any personal liability encountered by a director or officer when a company is unable or refuses to provide restoration.

Side – B coverage includes payments instead of a corporation’s directors or officers for losses from claims alleging wrongful acts.

Side-C-insurance coverage reimburses a company for liabilities that arise from specified claims filed against the company. Side – C insurance is in place to avoid expensive disputes about the allocation of policy pay-outs between an individually named director or officer and the company. As a result, Side – C, entity coverage, is often triggered when securities claims are filed against publicly held institutions.

These D&O policies will usually contain a specified “retroactive date” restricting the coverages available for claims arising from wrongful acts that occur after a stated date but before the inception of the policy and often include language regarding “related claims,” stating that a group of claims that occurred in relation to correlated transactions or facts will still only constitute a singular claim for coverage purposes.

These provisions can restrict or expand coverage ( by limiting multiple corresponding claims to one claim or by insuring claims that have occurred outside of the stated policy period).

Instead, most capital has been obtained through foreign exchanges, an initial public offering, a reverse takeover of an existing public company, or private investment.

Realistic risk disclosure to potential investors can be a daunting challenge for Cannabis businesses attempting to operate within an ever-changing regulatory minefield. Operating within strict compliance with regulatory policies and with only limited sources of new capital available has tempted some Cannabis companies to violate state laws when pressured by investors to create a profit.

These conjectured omissions and blatant regulatory non-compliance have led to substantially higher perceived managerial liability exposures that, as yet, have primarily been underinsured or uninsured altogether.

What all this means is that existing insurers are retreating from the market as losses propagate. As a result, cannabis companies desiring to attract much-needed talent cannot obtain the insurance coverage needed to appease potential directors, officers, and investors.

Not surprisingly, This has culminated in a predictably vicious cycle of claims, losses, management errors, increased premiums, non-renewals, and carriers leaving the market.

Although uncertainty and volatility will continue to impede this industry for a time, there are hints of a forthcoming paradigm that will enable the downfall of this cycle that will allow insurers and cannabis businesses to return to a compatible relationship.

Available policies, up till now, have been costly while offering problematic exclusions, inadequate coverage limits, and lack any security of reinsurance. Here, we present some items to consider when seeking an insurance provider or a new quote for D&O coverage.

Carriers – Finding an insurance company willing to insure your Cannabis business can be a challenge as not all insurance providers offer D&O coverage for this type of industry.

At Reliant, we have developed partnerships with prime D&O underwriters for this genre of business.

Pricing – The financial stability of your company often dictates cost. However, requesting that your agent set up a conference with the underwriter may be an option to secure more favorable pricing. In addition, it is reassuring to underwriters when company executives already have a history of experience in business and industry related to cannabis.

Plenty of unique variables factor into the overall cost associated with cannabis insurance. That said, limits, premiums, and coverage will vary among providers. However, some factors that impact overall rates include:

The hemp and marijuana industries have enjoyed steady growth over the past few years—however, with that ongoing development come growing pains. The limited insurance options available to cannabis companies have been most notable for D&O coverage.

As we see expanded Cannabis legalization, risks associated with litigation and regulation will evolve. In addition, such legislation as the proposed SAFE Banking Act should increase available insurance capacity for the cannabis market.

Hopefully, the development of the market for D&O insurance will lead to better and more adequate protection for future industry leaders.

Removing Cannabis from the CSA is expected to have a monumental impact on long-term D&O exposures, despite a likely tumultuous adjustment period after full legalization while companies transition to a new operating climate.

Although it remains likely that more significant risks will continue for D&O policies associated with cannabis companies compared to traditional companies, optimism is on the horizon for more substantial D&O insurance as this innovative industry grows into its next stage of development.

It’s a lot of information to digest. At Reliant, we’re here to help you make sense of cannabis insurance. We work with businesses large and small. Whether you’re a publicly-traded operation or a startup, we can help you get the coverage you need. So reach out to us today.

Reliant Insurance Agency, Inc. is an independent insurance agency offering a comprehensive suite of insurance solutions to protect you from the unexpected.

We are licensed in over 30 states and are happy to help clients with their insurance needs. Reach out to us today